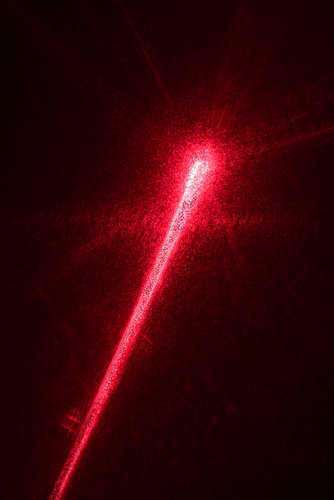 While astronomers still do not know exactly when the Voyager 1 spacecraft will enter interstellar space completely, they say that current data suggests it is now in the outermost layer of our solar system and could leave it at any time.

In 2004, scientists saw the first signs that Voyager 1 was leaving the realm of the solar system, after encountering a layer called the “termination shock” where solar winds become turbulent instead of flowing in a directed stream of particles.  Since then, several layers have come and gone, and at each one, the Voyager probe can detect less and less of the sun's influence.

Currently, scientists say their data has shown two major signs that Voyager is beyond the solar system.  First, charged particles from the sun have begun to disappear.  Scientists believe the particles are being brought back into the solar system and are not able to go as far out as Voyager has now traveled.  Second, particles from other solar systems and interstellar space have now begun to bombard the probe at a significantly higher rate, indicating that our solar system is no longer shielding Voyager from the cosmic rays and other types of radiation being emitted by other stars.

However, in spite of these signs that Voyager is now outside of the sun's influence when it comes to particles and radiation, one thing hasn't changed: the magnetic fields experienced by the probe.  Currently, Voyager's instruments indicate that the magnetic fields it is detecting still come from the sun, rather than from interstellar space.

Scientists expect that there will be a distinct border where the magnetic fields shift, delineating the final border between our solar system and interstellar space.  However, because no previous probes have been so far from Earth, no one knows exactly when Voyager will encounter this milestone.  Scientists estimate that it could be only weeks or months away, but could be as far away as several years if the heliopause is even further from the sun than had previously been predicted.